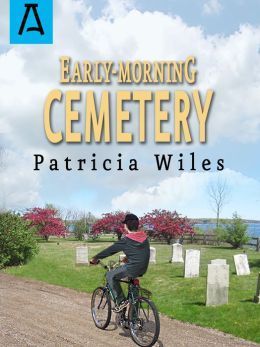 All Kevin wants is to be like any other high school student and learn how to drive and hang out with his friends. But when your parents run a funeral home, it's tough to have a normal life. And when you're a Mormon living in the South, well, that just about triples your weirdness quotient. Especially when an elderly woman from church drafts you into the Granite Girls, a group that records the names on all the tombstones in Armadillo, Arkansas. Try explaining that to the local sheriff who catches you in a graveyard at 6:30 in the morning.

One not-so-weird thing about Kevin's family is the love they have for Marcy—a young African-American woman who's like the sister Kevin never had. Just as the family prepares to help Marcy renovate the house across the road with money left to her by her late father, a stranger shows up at the Paramount Funeral Home. It's Ruby, Marcy's mother, whom she hasn't seen in twelve years. Soon after Ruby's arrival, things begin to disappear—and Ruby makes sure Kevin takes the blame. As her threats become more personal, Kevin must find a way to expose Ruby and to convince others of the truth, not only for Marcy's sake, but to save his own reputation.

Find my books on Amazon.com